A graphics processing unit (GPU) is designed to rapidly manipulate and alter memory to accelerate the creation of images in a frame buffer intended for output to a display device.GPU was introduced as a way to offload those tasks from CPU and freeing up their processing power. In most of the computers the graphics card is the GPU. Their highly parallel structure makes them more efficient than general-purpose central processing units (CPUs) for algorithms that process large blocks of data in parallel.

Hardware acceleration is a procedure to force computer’s hardware to perform faster. This technique is implemented by computing tasks that require more power and processing, like graphics or video processing.

What is Open Graphics Library (OpenGL)?

Open Graphics Library (OpenGL) is an application for rendering 2D and 3D vector graphics. It is typically used to be related and work closely with GPU, to achieve hardware-accelerated rendering. OpenGL can work entirely in software or mostly or entirely in hardware

That being said the application is implemented in most graphics cards these days and therefore support the use of OpenGL calls from software like SolidWorks. 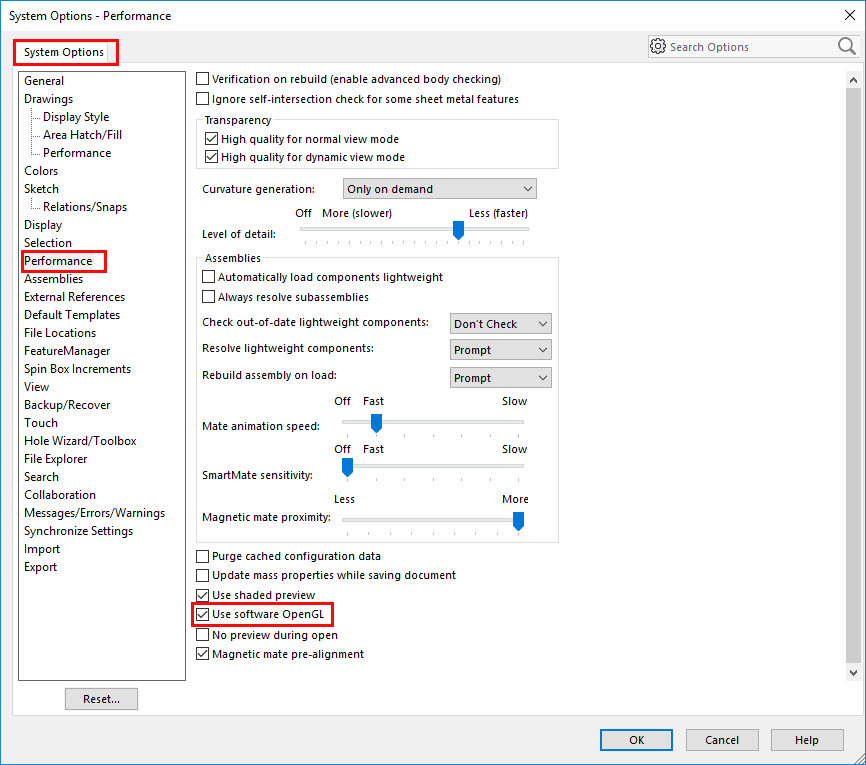 If you have graphics card and driver problems “Use Software OpenGL” option is useful for troubleshooting . SOLIDWORKS performs better in this option on game and consumer-type graphics cards.